We Always Find the Best Solutions for Your Project

Winter is a time when things are tough – it’s cold, electricity is more expensive and life is generally a little bit more difficult.

For Winter 2019, Game (South Africa’s beloved retailer) wanted to drive feet in-store and increase sales over a time when sales are historically depressed. They briefed us to create in-store theatre, whilst driving online brand awareness and prize redemption.

We wanted to let consumers know that whilst winter is always tough, Game makes life a little easier during this time. We created a campaign that could live past just one season, and that focused on ‘Why Winter is Better with Game’, while also being able to use the line “Better With Game” to drive action, and capture moments relevant to consumers, that could live longer than the lifecycle of the campaign. We chose illustration for a number of reasons, namely it was cost-effective, adaptable and allowed us to be comedic, as well as giving the brand a more human approach that it had never taken before.

– a light-hearted, comedic take on life in South Africa shown in a locally relevant way and which spoke to our audience and their needs. We rolled out assets for TV; Radio; social; digital; email; print and in-store, creating over 150 assets that were adapted for each channel.

We drove in-store theatre through competitions and cardboard cut-outs of our characters so people could engage with them across touchpoints, including in-store. To save on budget, we stacked landscape video in a portrait format to fit social media, creating cut downs and digital iterations based on locally-relevant events such as load-shedding.

We fleshed out the illustrated characters developed with an antagonist, a protagonist, a nurturer, a provider, a sidekick and various strong lead characters for the TV ads.

Each character had a name, a full backgrounds and had strong character personality traits (for internal use only), so that we truly understood the characters and could write them with their own in-depth background and we could remain true to the characters and remain consistent in our communications. This route is the classic animated sitcom format where we get to develop characters and build on them over time– basically like the The Simpsons.

Like The Simpsons, they also revolve around one family (other characters could start to be written in at a later stage). Once you have developed great characters with their quirky personality traits, you can pretty much write any product or retail offering into scripts and they will still be funny.

We developed characters for use in leaflet, broadsheet, in-store banners and in-store signage. We created cardboard cut-outs for use as an in-store mechanic to drive online conversation. Consumers would take a picture of themselves in situ and then upload this to social to be entered into a draw to win great prizes. 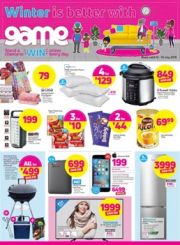 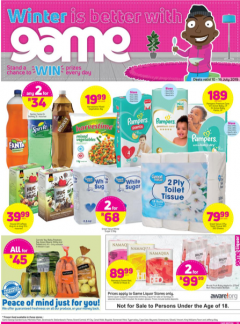 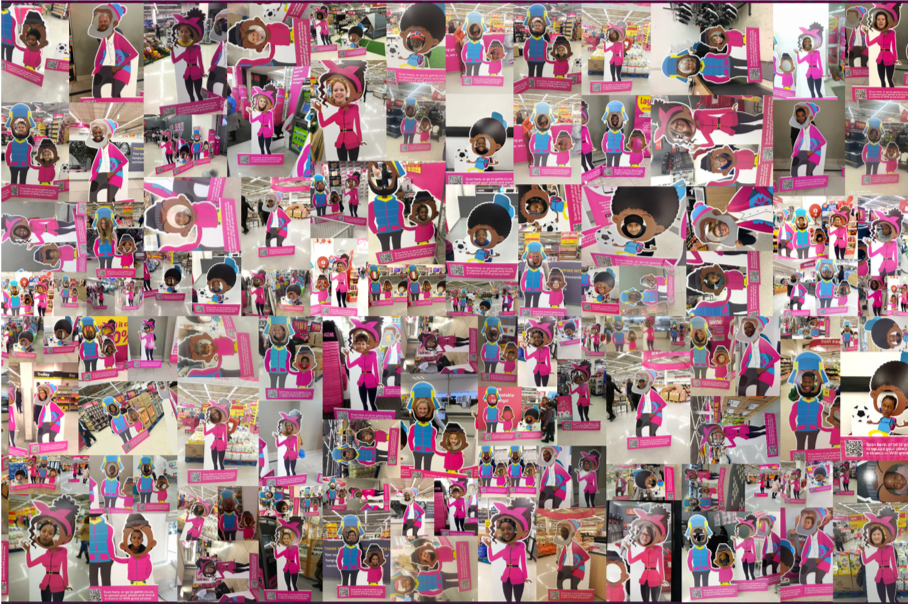 Digital assets were adapted so video was suited to Instagram (with cutdowns for stories) and text bubbles were added in order to make the videos comprehensible without sound.

We also created videos for load-shedding that were tactically based, aiming to tap into relevant conversation around the time when the country was having electricity outages. 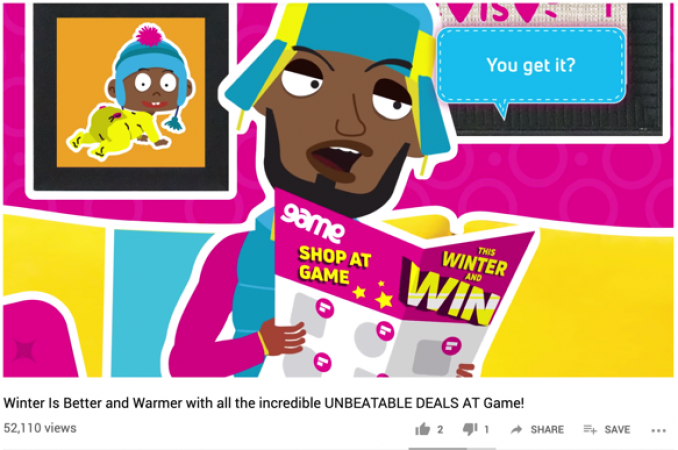 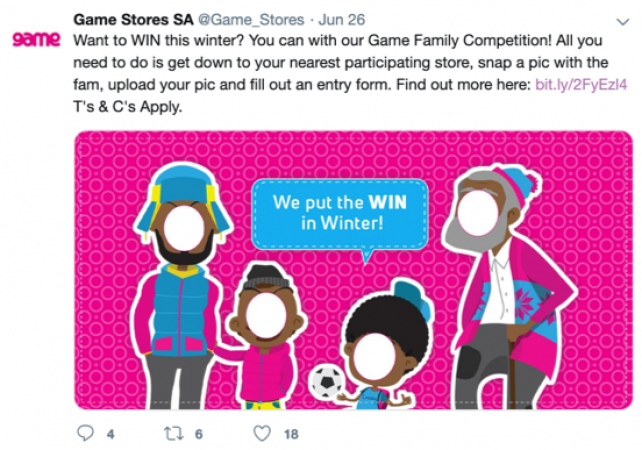 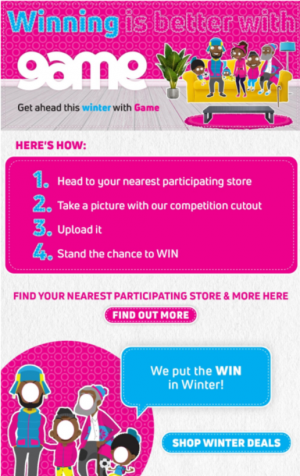